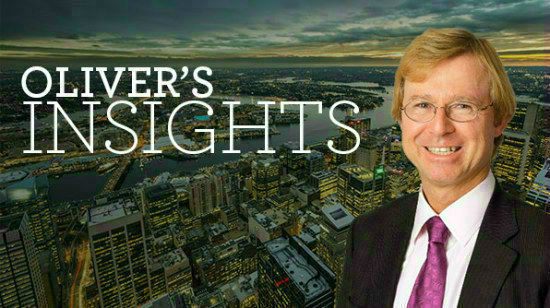 Perhaps the best that can be said of the US election is that it will soon be over. While polls had been moving in favour of a Clinton victory, the FBI’s announcement that it is examining new emails in relation to her use of a private email server while Secretary of State has taken it back to being a close race. The attached note provides a brief summary of the key issues.

The combination of rising inequality, stagnant middle incomes and the disenchantment of white non-college educated males have led to a backlash against the establishment and this is driving support for Trump. As is often the case in such circumstances people offering simplistic solutions – such as protectionism and blaming foreigners and immigrants can easily garner popular support. The problem is that building walls and going back to the protectionism of the past is not the solution (and will only harm the people such policies claimed to help as the protectionism of the 1930s showed). That said, rising inequality will have to be dealt with.

But first some US election mechanics

The US president is not chosen directly by the people but via the Electoral College. Voters choose their preferred candidate but actually vote for electors (who are chosen by the candidates’ party) to represent their state. Each state has Electoral College votes equal to its number of House of Representatives seats plus their two senators, resulting in a total of 538 so the winning candidate needs 270 to win. Since all states except Nebraska and Maine are winner takes all, this turns the Electoral College process into a battle to win key swing states. This means states like California which is certain to be Democrat are largely irrelevant. For 2016 there are about 12 key battleground states including Florida and Ohio.

In addition to Trump and Clinton there are other candidates in the presidential race but combined they have been polling less than 10%, but could garner more if voters don’t like either Trump or Clinton. This in turn would increase the risk that neither gets the magic 270 votes in the College, in which case the House of Reps will decide and since Republicans will likely retain control of the House this would mean a win for Trump.

In addition to the vote for the president Americans will vote for all 435 seats in the House, 34 of the 100 Senate seats, some state governors and officials and various local officials and some referendums. And we thought it was complicated in the polling booth in Australia!

Of these, the Senate and House are most important. To gain a majority of the Senate the Democrats need to win 5 seats which is possible but difficult and they are unlikely to gain a filibuster proof level of 60 seats. In the House it is very hard to see the Democrats gaining the 30 seats necessary for control.

Taxation: Trump promises significant personal tax cuts including a cut in the top marginal tax rate to 33% from 39%, a cut in the corporate tax rate to 15% from as high as 39% and removal of estate tax. Clinton promises higher tax rates for very high income earners, a cap on deductions, increased estate and gift taxes and a tax on high frequency trading.

Budget deficit: Trump’s policies are more likely to blow out the budget deficit and public debt than Clinton’s.

Foreign policy: Trump wants to reposition alliances to put “America first” and get allies to pay more, would confront China over the South China Sea and would bomb oil fields under IS control. Clinton wants to strengthen alliances and would continue the US “pivot” to Asia (being one of its architects).

Trump: many of his economic policies could provide a boost to the US economy. The combination of big tax cuts & increased defence and infrastructure spending will provide an initial fiscal stimulus and, with reduced regulation, a bit of a supply side boost. Longer term though the budget deficit will likely blow out and protectionist tariff hikes would likely set off a trade war along with much higher consumer prices and immigration cut backs would boost costs. All of which could ultimately mean higher inflation, bond yields and interest rates and a hit to growth. There may also be negative geopolitical and social consequences (tensions with US allies, reduced inflows into US treasuries in return, a more divided America) if Trump follows through with policies on these fronts. Australia being more dependent on trade than the US would be particularly adversely affected if Trump were to set off a global trade war.

Clinton: her policies would also provide a short term stimulus (albeit smaller) but higher top tax rates and more regulation may offset the short term boost. At least there is no risk of a trade war or increased social unrest (unless Trump’s refusal to accept the election outcome if he loses sets off the latter).

But politicians are well known for dropping more extreme aspects of their policies once they attain power as economic and political realities set in. Just look at Syriza in Greece! In the case of Trump it’s partly a case of whether we end up with Trump the pragmatist (who backs down on some of his extreme measures such as those around protectionism) or Trump the populist (who sticks to his policies once president) and whether Congress limits him or not.

Putting aside the low risk of no candidate getting a 270 vote majority in the Electoral College (which would probably see Trump voted as president by the House of Reps) there are three scenarios worth considering (with probabilities):

Following the debates and the revelation of misogynist Trump comments from 2005, Clinton’s average poll lead widened to over 5%, but has narrowed after Friday’s FBI announcement. I suspect that racist, misogynistic and narcissistic comments don’t go down well with independent voters who will decide the outcome and that this combined with the Democrat’s superior “get out to vote” effort favours Clinton but the latest news regarding her emails has returned it to being a very close call. In any case there is no sign of a wave of support building in favour of the Democrats that will see them win control of the House and Senate (Scenario C). Yes the Democrats had a clean sweep in 2008 with Obama but then they built on stronger starting positions in the House and Senate helped by a backlash against Republicans due to the GFC.

So a Clinton presidency would most likely see a continued divided government. This would mean that her more left wing policies (more regulation, tax hikes) would not be passed and it would just be “more of the same” (which was good under Obama and Bill Clinton).

By contrast a Trump presidency will likely see Republican majorities retained in both the House and Senate. This could provide an opportunity for significant tax reform and reduced regulation, but conservative Congressional Republicans would have to be relied upon to prevent a budget deficit blow out and aggressive protectionism.

The last few weeks – with US shares tending to sell off when developments favoured Trump (such as when Clinton got pneumonia and after Friday’s FBI news) and rally when developments favoured Clinton (such as after the 2005 tape revelation and debates) and get the jitters again (when there is talk of a Democrat clean sweep) – suggest investors favour a Clinton victory as long as it’s not a clean sweep. Given this:

Finally a note of caution: Around the Brexit vote there was much concern a Yes vote would be a disaster for shares and the global economy. In the event there was an initial knee jerk sell off but after a few days global markets moved on to focus on other things. So there is a danger in making too much of the US election.