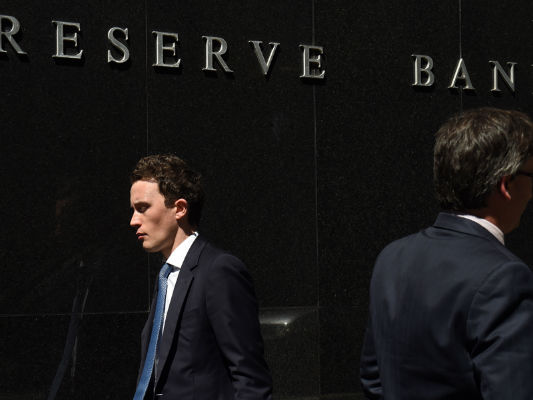 The chances of another Reserve Bank interest rate cut before Christmas are fading as inflation begins to pick up pace.

The consumer price index rose 0.7 per cent in the September quarter, beating expectations of a rise of 0.5 per cent.

That takes the annual rate of inflation to 1.3 per cent, while the Reserve Bank’s preferred measure of underlying inflation, which strips out volatile price movements, was 1.5 per cent over the year after a quarterly rise of 0.35 per cent.

A 19.5 per cent jump in fruit prices in the September quarter and 5.9 per cent rise in vegetable prices were key factors in the latest data, CommSec chief economist Craig James said.

But inflation remains historically low, and below the RBA’s target range of two to three per cent, meaning the central bank could cut rates further from a record low of 1.5 per cent if it wanted, Mr James said.

“A rate cut on November 1 can’t be totally ruled out. But financial markets are not betting on it – with pricing suggesting that there is a six per cent chance of a rate cut in November,” he said.

“And the Reserve Bank is indeed looking for reasons not to cut rates rather than reasons to reduce rates to new record lows.”

“But with the stronger dollar set to limit inflation imported from overseas and low wage growth constraining domestic inflation, we still believe that persistently low underlying inflation will result in interest rates falling to 1.0 per cent next year,” he said.