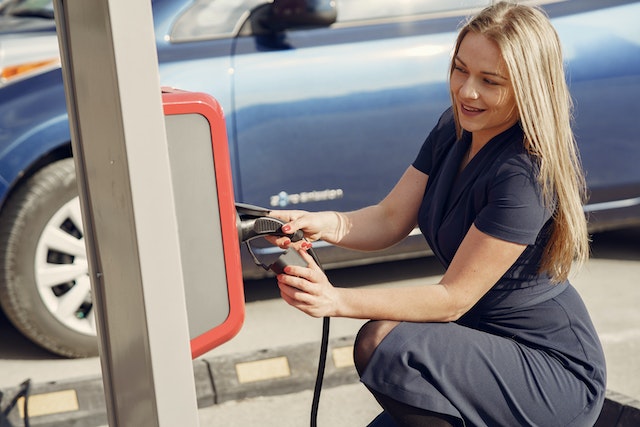 Australian drivers will be able to ‘fill’ their electric vehicles at up to 30,000 new charging stations by 2029 under a plan by one of the country’s largest electricity distributors.

Ausgrid has revealed its project to install thousands of chargers on power poles around the country, in urban and suburban locations as well as tourist hotspots and regional towns.

The plan announced in Newcastle on Tuesday is one of several big investments in electric vehicle charging infrastructure revealed in recent weeks.

The first of Ausgrid’s chargers will be unveiled at Dixon Park Beach in Merewether, NSW in a move chief executive Richard Gross said would give electric car buyers greater confidence.

“We know the uptake of EVs is only going to increase in the coming years and projects like this show that if industry and communities work together we can use existing infrastructure to roll out this technology quickly and conveniently,” he said.

“We believe we have a role to play to help our customers get ready for the energy transition, while making it as affordable and as convenient as possible.”

The first chargers will be installed in a partnership between Ausgrid, charging firm EVX and the City of Newcastle.

Mr Gross said the company would confer with other local councils and technology providers to determine the best locations for its charging network, identifying areas in “busy suburban streets to popular tourist destinations and small regional towns”.

EVX chief executive Andrew Forster said the chargers, which will offer power at a flat rate of 50c per kilowatt hour, would make charging “more accessible and affordable for both residents and visitors to Newcastle”.

Mounting the chargers on power poles would also make them faster to deploy, Mr Gross said, and reduce “urban clutter”.

The NSW government this month announced an $80 million co-investment in electric chargers.

Brian Innes, a management consultant at Partners in Performance, said the trend could remove another hurdle for consumers considering an electric vehicle.

“If you’re in a city area where you don’t have a lot of off-street parking garages, we have to find a way to solve that and pole-charging is something the rest of the world is looking at,” he said.

“The key question around this space is always who pays (for the infrastructure) and how do they get their money back.”