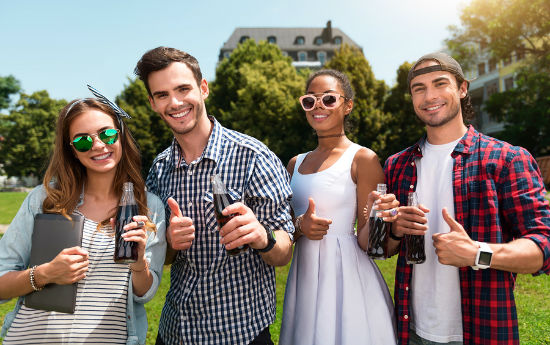 Millennials are more complacent than older generations when it comes to refinancing and could be missing out on a better deal, a survey has found.

The RateCity survey of more than 1000 people found 43.5 per cent of millennials – people aged 18 to 34 – can’t be bothered switching financial products such as loans, credit cards or savings accounts.

A further 35 per cent said they couldn’t find time to do the research and paperwork required to switch.

Those sentiments dropped to 39 per cent and 25 per cent respectively for the general population.

One quarter of millennials also said dealing with their current provider to cancel an account was stopping them from refinancing, compared to only 11 per cent of Gen X (aged 35 to 54) and six per cent of Baby Boomers (age 55 to 65+).

“The thing that combats laziness is some sort of incentive and when you’re not paying a huge mortgage or you don’t have a big credit card debt there’s less motivation to get you off the couch or whatever else is taking up the time to actually do something about it.”

Annual savings for homeowners who switch to a low rate lender can be thousands of dollars, Mr Arnold said.

The survey found Baby Boomers are more open to looking for a better home loan deal, while youngsters are playing it safe and going with one of the big banks.

“Gen X or Boomers who have been through it a few times realise that getting a home loan isn’t as scary as it was the first time, and they’ll be more open to going with the online competitors,” Mr Arnold said.

“Loyalty doesn’t pay in home loans. There’s a lot of competition and lenders are on the hunt for new business so that’s where the best rates are – for new customers.”

While less than six per cent of homeowners refinanced their mortgage in the past two years, 11 per cent switched savings account and 10 per cent changed credit cards, which can both easily be done online.

With interest rates at record lows, people with savings accounts need to switch and go for either bonus deals or promotional rates to keep their money moving forward, Mr Arnold said.