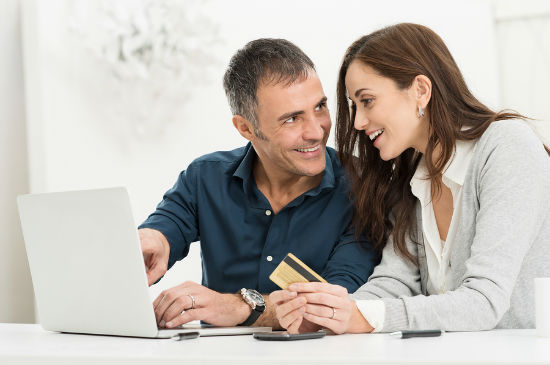 NSW’s online shoppers love their cosmetics, Victorians like to book restaurant tables and Queenslanders buy the most computer equipment via the web, a snapshot of internet spending shows.

The Sensis eBusiness Report also found West Australians order twice the number of Uber rides than the rest of the nation, and ACT residents are the most scared of credit card theft.

Men continue to outspend women online but they have reined it in considerably – from $6500 to $3600 in the past year.

“Males dominate a number of high-spend purchases such as electronic equipment and airline tickets,” he said.

“Increased competition has led to price reductions in these categories over the past 12 months.

“This, together with the current economic conditions, has impacted on the overall amount that is being spent by males online.”

Overall, just over seven in 10 Australians bought something online during the year, up 10 percentage points on 2015.

One in 10 Australian men now buy cosmetics online and they also spend more on music than women.

Across the country, online shoppers in NSW bought the most cosmetics, while Queenslanders came out on top for computer hardware and software, and Victorians for restaurant bookings.

Those in the Northern Territory displayed the biggest appetites for buying clothing, music, takeaway food, DVDs and games, electronics and groceries online.

“While sites such as Amazon offer consumers more choice, the falling Aussie dollar has seen overseas purchases remain steady, with less than a quarter of online purchases being made on overseas sites,” Mr Tolliday said.