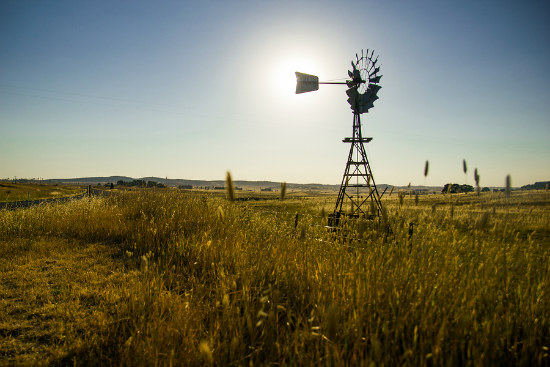 Australia’s agricultural sector would be the big winner in a new free trade deal with the UK, the chief negotiator says.

The Department of Foreign Affairs and Trade’s Elisabeth Bowes has told a parliamentary inquiry ratifying the agreement would bring huge benefits to Australia.

Australia is the first country negotiating a trade agreement with the UK since it exited the European Union.

She said more than 99 per cent of Australian goods entering the UK would be duty-free, up from 89 per cent.

The quotas would increase over time and eventually all tariffs would be eliminated.

“This outcome reduces and eventually eliminates the current very restrictive quotas and tariffs that apply to Australian agricultural exporters in the UK,” Ms Bowes said.

Other impacts of the agreement would see Australians able to take three-year working holidays in the UK up from two years, and the age limit on those trips upped from 30 to 35 years old.

“Potential for increased mobility of skilled workers between our two nations is vital for COVID-19 economic recovery as recently recognised in the jobs and skills summit,” Ms Bowes said.

The National Farmers Federation argues red meat producers would be unlikely to benefit from the agreement, given southeast Asian demand already exceeds what Australia can supply.

But Andrew McDonald from Meat and Livestock Australia said the deal would “future-proof” the trade environment.

“What we look for within the FTA is future security of open trade to let markets and consumers drive outcomes,” he said.

Australian Education Union Federal Secretary Kevin Bates told the committee any lowering of child protection standards through the liberalisation of international trade undermined the autonomy of relevant bodies to maintain standards of entry into the teaching profession.

“A single child being harmed as a result of a provision in this treaty is not something the teaching profession or either party to the FTA could ever accept,” he said.

Labor committee chair Josh Wilson said independent assessment in the UK found the deal would add $3.9 billion to the country’s bottom-line by 2035, increase output in 20 sectors and adversely impact three.

Mr Wilson noted no similar assessments had been carried out in Australia.