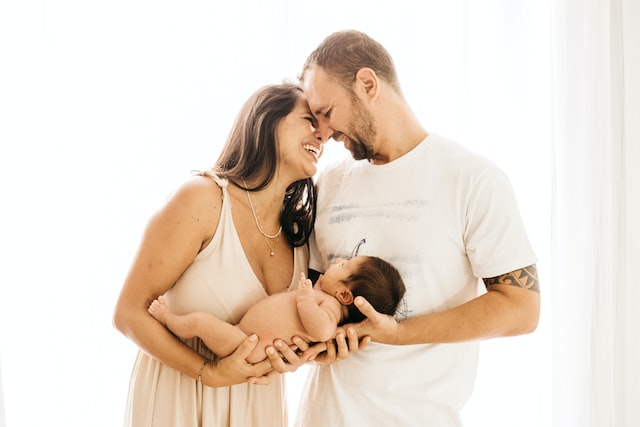 Businesses are being encouraged by the federal government to equally fund paid parental leave schemes for men and women so families can maximise time with their children.

While all parents are entitled to 20 weeks of government-funded leave, not all employers are funding additional leave equally.

Of all employer-led schemes, 50 per cent of women had access compared with 36 per cent of men, official data shows.

In male-dominated industries, half of employers do not offer paid parental leave, even for female staff members.

In female-dominated industries, like community and personal services, 25 per cent of organisations offer paid leave.

Fathers are also taking leave half as much as mothers, as Dad and Partner Pay (DaPP) take-up accounts for only 30 per cent of annual Australian births.

The federal government went to the May election with a promise to boost paid parental leave to six months by 2026.

In an effort to encourage more fathers to take on caring duties, the 26 weeks will be able to be split between the parents of a newborn.

“This will make it easier for partners to take leave and remove assumptions about mothers and fathers being ‘primary’ or ‘secondary’ carers,” Ms Rishworth said.

“This is good for mums, good for dads and good for the economy.”