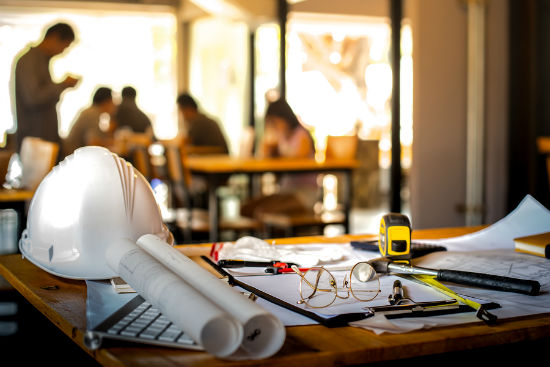 The construction sector is in a slump, but that’s not necessarily a bad omen for jobseekers.

The value of construction work done in the June quarter was $49.46 billion according to the Australian Bureau of Statistics on Wednesday.

That was down nine per cent or $4.4 billion from a year earlier.

As a percentage of gross domestic product construction is at its lowest ebb for eight years, at 11.9 per cent of GDP compared with 14.6 per cent of GDP at the late 2012 peak.

And, according to bureau’s trend estimates, it’s still falling.

The sector employs one in 10 Australian workers directly and many more indirectly in other sectors, so in normal times a slump in construction would mean bad news from the jobs front.

But these aren’t normal times.

While the construction work has fallen by 15 per cent from its peak in inflation-adjusted terms in late 2012, construction industry employment has risen by a hefty nine per cent, lifting the number employed in the industry by 93,000 to just under 1.1 million.

That’s mainly because the use of labour varies according to the type of construction work.

Residential building, with the most intensive use of labour, has grown strongly.

Non-residential building is less labour-intensive but has expanded at a much slower pace.

And the engineering construction sector, which has suffered a decline sharp enough to offset gains in the other two sectors, uses very small numbers of workers for a given value of work done.

The low labour-intensity of engineering work is partly the result of the nature of the construction – big projects, often in the resources sector, using lots of big, expensive machinery.

But its also partly because the resource sector uses a very high proportion of ready-made imported components – like, for example, offshore natural gas drilling rigs built overseas and towed into Australian waters, where the “construction” process is really an elaborate version of dropping anchor.

As an example, in 2012/13, the Northern Territory boasted a 124 per cent surge in construction work done.

But anyone assuming that steep rise would be matched with a jobs bonanza would have been mistaken.

While the ABS was reporting construction work in the top end had more than doubled from previous year, only 13 per cent more hours were worked in the sector.

That meant 1,500 more people in work for an additional $4.2 billion of work done.

That works out to about $2.8 million of work done per extra worker employed.

Imagine trying to build a house worth $2.8 million in one year with only one worker.

So while job creation in the upward phase of the mining investment boom was disappointing, the good news is that the process appears to be working just the same way now, but in reverse.

There was no flood of construction jobs when the mining investment boom was on the way up, but there’s no jobs drought on the way down either.