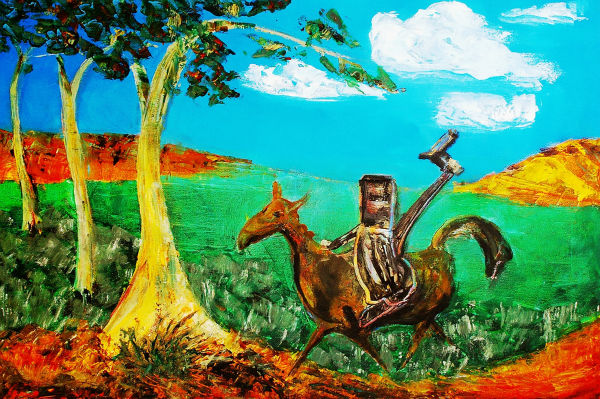 Following in Ned Kelly’s footsteps isn’t generally a good idea but tourists after an insight into his childhood will one day be able to stroll into the bushranger’s family home.

Urgent work will begin shortly to stabilise the dilapidated property in Beveridge, 60km north of Melbourne, before it can be restored and opened in the next few years.

It was built in 1860 by Kelly’s convict father from materials he found in the bush including local bluestone for the chimney.

Even the nails were handmade.

“I think it is something wholly worthy to be opened up for the public.”

After the Kellys moved to Avenel in 1864, a corrugated iron roof and a few extra rooms were added to the back of the cottage.

Heritage Victoria is negotiating with the current owners to purchase the heritage-listed cottage and add it to a proposed trail shedding light on the area’s history.

Overall, $1 million will be spent on preparing the site for visitors.

While revered in some circles, the Kelly gang is remembered by others as a bunch of violent outlaws who murdered police.

The state government says regardless of these points of view on the Kellys, the site represents rich Australian history and culture that deserves to be preserved.