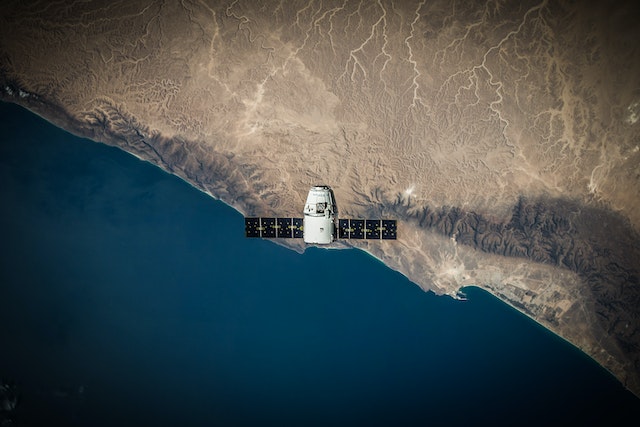 Australian made satellites will soon be launched on a SpaceX rocket in a move designed to close gaps in the country’s air traffic management.

The project, created by Canberra-based Skykraft and backed by Airservices Australia, will see a constellation of 200 satellites launched over the next two years to improve flight safety and communication.

The initiative could also have unexpected benefits, in helping to limit turbulence for travellers and ensure planes take the most efficient routes.

Skykraft chief executive Michael Frater said the company developed its satellite plan over 12 months in a project that would cost “something under $200 million”.

As it stands, aircraft can only be monitored up to 400 kilometres away from land and within sight of a radar.

Moving air traffic management into space could deliver more comprehensive coverage, particularly over oceans and in regional and rural locations.

“At the moment, there are holes in the coverage over Australia,” Dr Frater said.

“By putting it in space, we can cover a much larger area from the satellite than it’s possible to cover from a ground-based system.

“For the first time, Airservices Australia will have full coverage for their surveillance service, they’ll know where every aircraft is in Australia.”

The satellites would also be used to replace “radar and radios” used to communicate with pilots, which could eliminate long waits for approval to change course.

“So if you’re flying from Sydney to Los Angeles and your aircraft hits turbulence, the pilot will now be able to get a clearance to change altitude much more quickly,” he said.

The first satellites are due to be launched by a SpaceX flight from Florida’s Cape Canaveral in early January, and will go through a three-month testing process before they can be used by Airservices Australia.

The national aviation safety body signed a deal to collaborate with Skykraft, a UNSW Canberra spin-off, in December 2020.

Commercial operations for the satellites, which will see air traffic management operations offered to agencies in other nations, are expected to begin in 2025.

“We are taking giant leaps forward into a whole new era in space and creating a global industry from our nation’s capital,” Skykraft chairman Mark Skidmore said.

The first five satellites, weighing 300 kilograms, will also set a record for the largest Australian made space objects when launched.

The machines were created from components manufactured in regional Australia, with thermal coatings from Queanbeyan, printed circuit boards from Newcastle in NSW and parts of the chassis made in Wodonga, Victoria.