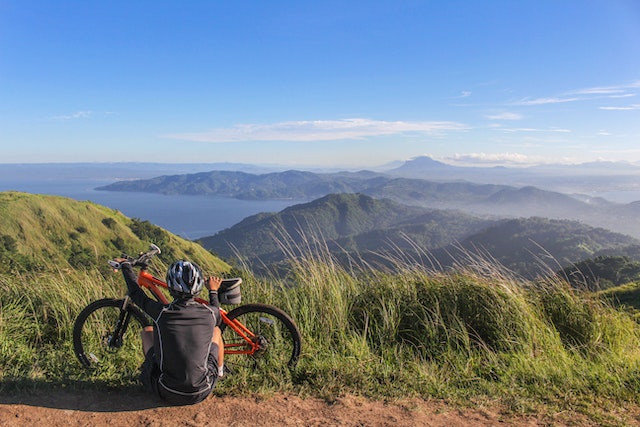 An Australian app promising to help new e-bike riders avoid hills and traffic has secured its first partnership, in a deal proponents say could bring Australia closer to “Copenhagen levels” of cycling.

The deal between RACV offshoot Intelematics and e-bike service Lug+Carrie will see riders in three states automatically set up with the RidePlan app.

It follows a four-week trial of the software with parents around Melbourne primary schools.

That could be finding the “flattest” route or the quietest roads, and not just how fast riders could arrive at their destination.

“The (algorithm) looks at parameters associated with every single road segment and takes into the account the road surface, the number of lanes, the type of traffic on it, and the type of bike infrastructure if there is any,” Mr Wang said.

“Each road is given a score and the routing algorithm will calculate a bunch of different route options and choose the one with the least resistance.

“We do find that most people are valuing the quietest route the majority of the time.”

As part of its new deal with Lug+Carrie, the company’s e-bike subscribers in Sydney, Melbourne and Brisbane will be set up with the app automatically.

Lug+Carrie co-founder Benjamin Carr said the partnership was a natural fit as the company often found new users who “aspired” to use an electric bike to replace car trips gave up if they could not find the safest travel route.

“Over 11 million people in Australia say they’re cyclists but fewer than 300,000 do it for transport,” he said.

“A lot of people know how to ride but a flat tyre or a bad experience or just not knowing where they need to go has stopped them from riding so there’s a huge opportunity in Australia to get us up to Copenhagen levels.”

“Just using the app to see what is the difference between jumping on public transport or driving a car or riding a bike, that’s a real eye-opener for a lot of people,” he said.

“If you live in a high-density area, chances are you are talking about minutes difference, not half an hour.”

The partnership followed a four-week trial of the app with Lug+Carrie passenger e-bikes at three primary schools in Melbourne.

As part of Merri-bek City Council’s Ride and Stride program, 40 parents used the app when they replaced driving their kids to school to riding them to school on an e-bike.

The trial came after record sales of e-bikes in Australia, with figures from Bicycle Industries Australia showing 60,000 were sold in 2021.

Mr Wang said the RidePlan app, which could be downloaded and used from Apple and Google app stores for free, would be expanded in future to feature bicycle amenities like parking and tyre pumps.

“We have a road map and there are a bunch of things we’re thinking about,” he said.

“We’re looking at features like crowdsourcing information around reporting obstructions or overlaying data around accident blackspots.”